Climate change is impacting all of our lives. Climate change has created a crisis for agriculture and food systems. Increases in flooding, wildfires, droughts and extreme temperatures will impact traditions of food production; this altered way of life will result in trauma and symptoms of anxiety and depression.

By 2050, the world’s population is projected to grow to an estimated 9.8 billion people; to feed this population the world’s farmers will have to double their level of production. However, by 2050 global production of corn is expected to decrease by -24%, wheat by -3%, rice by -11%, and potatoes by -9; paradoxically, for the current global population more than 50% of necessary calories comes from corn, wheat and rice.

Water availability is projected to be significantly impacted by 2050, with 32% of counties within the U.S. at a high or extreme risk for water shortage, a limitation that will affect food production. 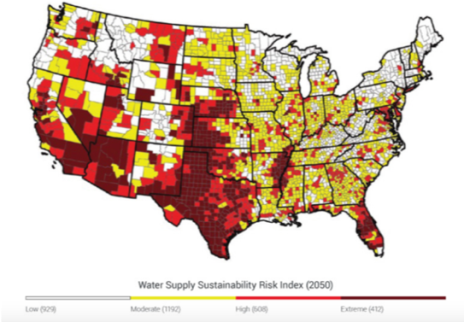 Lifestyles for many in the United States will also be impacted, as  82%  of cities across our nation could experience at least one severe weather event each year by 2050, which include sea level rise, extreme heatwaves, and intense storms, this will impact the production of our food system. 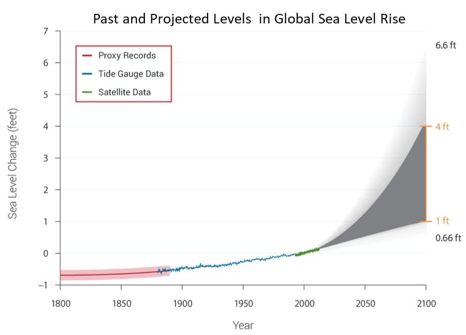 Resulting changes in lifestyles and will influence food security.  Exacerbating food system concerns is an industrial food system that focuses on inputs like fertilizer and pesticides to get the largest yield of outputs for livestock or a particular kind of produce. This agricultural system aims to acquire the largest yield with the smallest cost for the biggest profit. 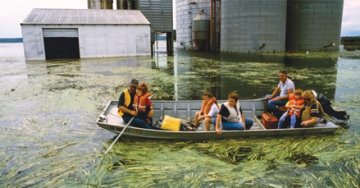 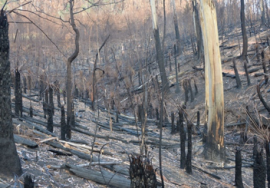 Climate change will impact our norms, food system and traditions. A link has been drawn between climate crisis and mental health. This climate related syndrome is labeled ecological grief and is connected to the type of loss that we feel due to alterations in our environment. Additionally, the term “solastalgia” has been coined to link the feeling of despair and hopelessness to the impact of climate change on our daily lives, as a type of homesickness that a person experiences while living at home. For climate change, this is missing a way of life because it has been altered through human impact on Earth’s environment.

The climate crisis can cause grief and mourning for the loss of our way of life, ecosystems and altered landscapes. As a part of this grief, people can go through a process coined as the 5 stages of Ecological Grief that is built around the Kubler-Ross Model of grief. When dealing with environmental and lifestyle changes, these stages are used to describe five different types of reactions a person may have linked to environmental loss:

Climate denial- This describes individuals who do not accept the science behind climate change or people who are fully aware of the climate crisis but turn a blind eye its ramifications.

Climate bargaining- Here people tend to devalue the impact of climate change and focus on ideas like “we are doing the best we can” and fail to address the reality that there is no simple solution to the crisis. For some, this stage is impacted by privilege, many of those who have this perspective live in places where it is harder to see the direct effect of climate change making it easier to ignore.

Climate depression- Depression, anxiety and helplessness become the response when we understand the impact of the climate crisis. Here people tend to feel as though the issue is bigger than themselves and that a resolution is unobtainable.

Climate acceptance– This stage is perhaps the most complex. In order to accept what is happening to Earth means that it is necessary to be environmentally literate and understand the repercussions that anthropogenic life has caused. Instead of being withdrawn from the impending climate issues, it is essential to face the reality and not let fear stop you.  In this stage people need to function, accept the complexities of the climate crisis and learn how to reimagine and act.

After going through the phases of climate grief it is important to find ways to move forward and act. Instead of dwelling on what have we done to the planet, we have to change our thinking towards the idea of what can we do. We cannot be trapped in a doomsday mentality, but instead accept climate change and learn to take steps to move past denial and into action.

Actions that can be taken to become proactive within food systems: 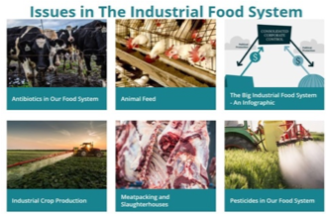 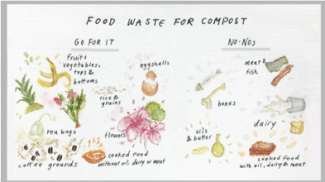