Atmospheric CO2 concentrations have been increasing at an exponential rate over the past century, to the worry of scientists and environmental activists alike. The agriculture industry makes up approximately 9% of total U.S greenhouse gas emissions, according to the EPA. Meat and dairy consumption drives a large part of these greenhouse gas emissions, so many shifts have been suggested to curb the environmental impact of the industry, including vegetarianism, and more sustainable cattle-grazing methods. 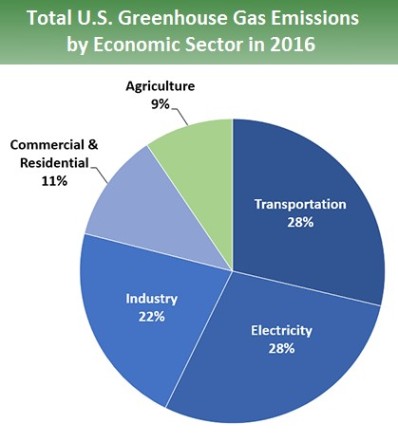 Total US greenhouse gas emissions by economic sector in 2016. https://www.epa.gov/ghgemissions/sources-greenhouse-gas-emissions#agriculture

There is not a one-size-fits-all solution to addressing the dietary needs of 7.5 billion people. Plant-based diets and rotational grazing together have the potential to positively impact the environment, but they may be expensive, inaccessible, and culturally unaccommodating. As a complement to existing dietary changes that positively impact the environment, hunted meat should be considered as a beef supplement.

Older hunters in the United States are attempting to convince younger generations to take up hunting. As interest in hunting has declined, some older hunters are advertising hunting as local and sustainable. The amount of patience and skill required for hunting is also in line with the values of the Slow Food Movement. Supporters of hunting uphold it as one of the oldest conservation traditions in the United States. At this point, humans have removed many natural predators from the environment and must fulfill that role in the ecosystem as a result. This is the case especially for ungulate animals.  Hunting is lauded as a holistic, natural experience that requires one to work for their food in a way that our consumption based society no longer relies upon. But what would be the impact of people taking up hunting and ceasing to consume beef? 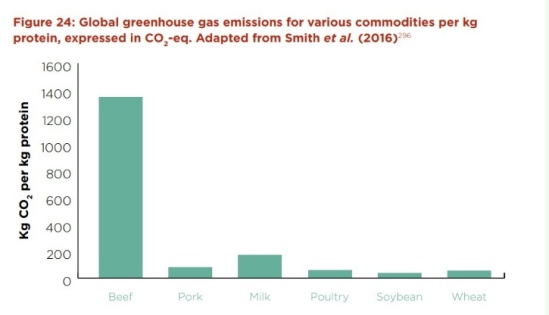 Concerningly, demand for meat is rising, prompting further growth of the industry. In response, many approaches have been suggested to curb meat consumption on a large scale. However, some evidence shows that completely abstaining from meat isn’t sustainable on a large scale. This choice often continues to support the agricultural industry, and the ills it causes, without people feeling compelled to switch to smaller scale food options. At this point, we should consider the viability of multifaceted diet changes, with hunting fully incorporated as an approach. 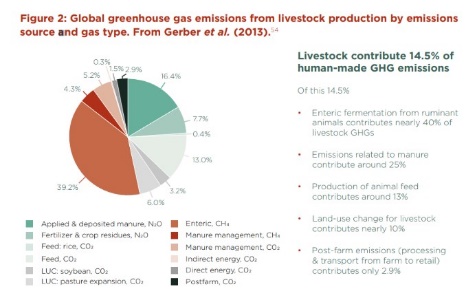 Recently, there has been a drastic decline in hunting. The end of 2017 marked a drop of 2 million hunters down to 11.5 million total in the United States, over a span of 6 years. In a fast-paced world, the patience, time, and money required for hunting are in short supply. This presents a problem for habitats that require conservation through wildlife management, specifically managing the white-tailed deer population. The United States has relied on hunting as a form of wildlife management, but may have to implement other approaches if hunting continues to decline. Deer already need to be culled, since there are approximately 30 million deer in the US, with only 6 million hunted per year. Deer populations are managed through multiple methods, lethal and nonlethal, but hunters play the most critical role in managing wildlife populations. It is difficult to say what the ideal deer population in the US would be, but some biologists say that 8 deer per square kilometer is the maximum number that a habitat can support in the long term. In contrast with the approximately 32.2 million head of cattle slaughtered in 2017 (up 5% from 2016), the hunting of deer could supplement the number of livestock in the United States. 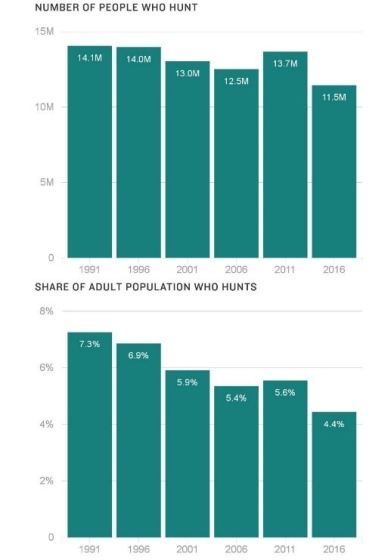 The current populations of both cattle and deer are hurting the environment. Deer are responsible for long-term ecological effects including the spread of disease and can be a danger to drivers. Hunting is a vital aspect of deer management, and it is clear we need to turn away from large scale industrial meat production. By using hunting as a viable alternative to traditional meat consumption, we can simultaneously lessen the impact of the meat industry and manage wildlife populations. Hunting may not be a viable option for every person, but it is an option that can positively impact the environment if more people practice it as an alternative to beef.

Family hunting in the Ozarks https://www.417mag.com/issues/november-2016/the-hunting-life/