The Earth is home to more and more people every day, and as more people are born more resources are used. Currently the population of the world is roughly 7.5 billion people, growing at such a rate that alternative and futuristic advances in farming may be necessary. New Mexico’s population growth may be stagnant, but our state’s water use is growing. About 80% of New Mexico’s water goes to agriculture, and with the incorporation of a few new and different farming methods, people and ecosystems in the state could greatly benefit.

The first advancement in farming technology that could be expanded in New Mexico — particularly, in Albuquerque — is indoor growing. Indoor growing systems could be modeled after Irving Fain’s Bowery company, an indoor vertical farm. The other method is greenhouse production, modeled after Matthew Stong’s Preferred Produce operation, which utilizes a hydroponic system to reduce overall water use.

An arid city such as Albuquerque could benefit greatly from a large-scale indoor growing operation. The Bowery company has an indoor space with vertical growing stacks going five levels high. The plants are protected indoors, allowing for 4-season growing and are grown using LED light fixtures. The veggies, herbs and greens such as arugula or basil are watered by an adaptive hydroponic system. Albuquerque could adopt a similar system that would best fit and benefit our community. With grant money or funding from the state it would be possible to build a technical facility similar to Bowery and their system to produce greens and veggies for the city. Local farmers or specialists can operate and manage such a facility to help reduce water use.

According to Bowery, they are able to save 95% of the normal water used for the plants. This will not reduce the overall agricultural use of water by 95% but will hopefully spark an agricultural practice that can flourish into the future. According to Irving Fain, the CEO of Bowery, the measurement system that tracks plant water use, growth, and other indicators is the most advantageous part of indoor growing. The wattage requirement in Bowery is 32 watts per square foot and varies depending on the stage of growth the plants are in. Another advantage Albuquerque has is the use of the sun and solar power to cut cost of energy and overall to help reduce our footprint. Because of their efficient practices, Bowery is able to keep cost of products — such as 5-ounce container of greens — at a reasonable price of $3.99, helping the community eat at an affordable and sustainable price for years to come.

Another important method to implement into New Mexico is a greenhouse hydroponic system. Matthew Stong has a PhD in agriculture and bio-systems engineering, and is the owner of Preferred Produce in Deming, New Mexico. His company has developed a business model that produces a livable wage and addresses water availability issues in New Mexico. By creating this new type of 4-season farming operation, former field hands are now able to work in the greenhouse growing high value crops for a livable wage. The culture and system of agriculture that is created here needs to be replicated and adopted by more farmers, as it could add to the general economy by having better wages and more jobs for a better future. Additionally, the hydroponic system cycles water three times — allowing for a significantly less water used in growing food. Some of food grown by Preferred Produce includes romaine and other greens, tomatoes, and various small veggies and fruits. 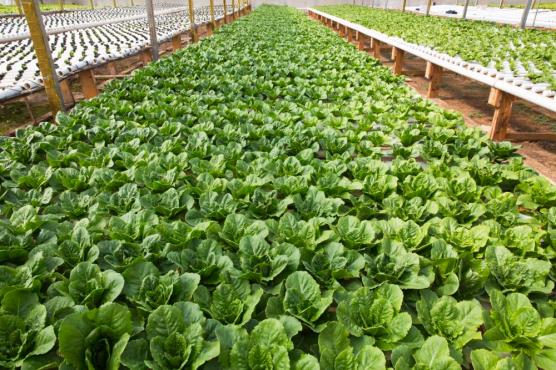 Both of these methods practiced by Bowery and Preferred Produce could greatly benefit New Mexico and help reduce the amount of water that is currently used in agriculture. Another great aspect of these methods is that they can bring a new and young generation to farming to keep the culture and life alive.