The Up and Coming Culture of Propaganda Gardening

When someone mentions to you “local growing,” what do you envision? Local growing is a flexible term that can range from national production, to growing in your own backyard. While many of us may imagine farming as a way of life in the countryside, today we are finding that more people are leaving rural areas for urban ones, hoping to find a better life. According to the World Health Organization, “the urban population in 2014 accounted for 54% of the total global population, up from 34% in 1960, and continues to grow.” In addition, by the year 2050 we are expected to exceed 9 billion people for the world population. One of the questions being asked as time goes on is how we will make enough food to feed everyone on the planet?

According to the 2015 Hunger Report, by the United Nations Food and Agriculture Organization, 11 million people in developed countries suffer from chronic undernourishment. As it turns out, we produce enough food around the world to feed over 10 billion people, but it’s not the lack of food that’s a problem. In 2014, the US alone wasted over 38 million tons of consumer available food. That’s roughly 20% of the waste brought into landfills every year. The principal problem is that many people in the world still cannot afford or access sufficient nutritious food. With many inner cities struggling with food access, it can be frustrating seeing these statistics. How effectively is the current food system in place serving its consumers?

In an attempt to combat the disconnect between the amount of food produced, and the food that reaches people’s plates, local farming movements have begun developing all around the world. One of the most creative movements today is turning unused land into land that produces food. 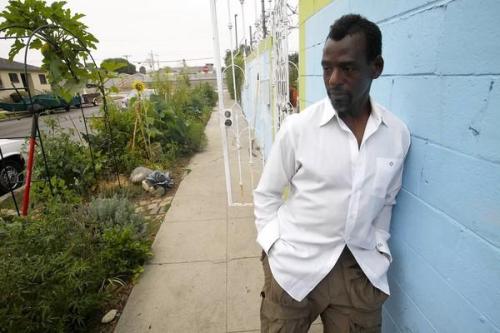 Ron Finley, from South Central Los Angeles, started a movement when he decided to plant a garden on the curb in front of his house. He was initially moved to grow food because he could see how the people in his neighborhood desperately needed a change. With minimal access to fresh foods in the area, Ron believed his garden would bring healthy opportunities to the people around him. 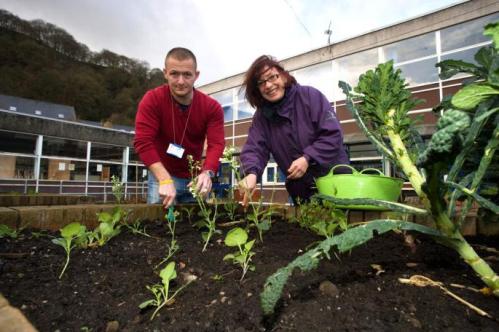 Photo of Pam Warhurst in front of the fire station in Todmorden, England

Pam Warhurst from Todmorden, England, asked, “How we can eat our landscapes?” and then co-founded the Incredible Edible, a movement to turn as much unused land around her town into edible gardens. What started out as an experiment among a handful of volunteers has now spread across 30 towns in England, and other parts of the world.

Food Not Lawns is an organization founded in 1999 by a group of activists who had volunteered for the Foods Not Bombs organization. The Food Not Lawns movement started out in Eugene, Oregon but has now spread to over 50 chapters worldwide, including one in Taos, New Mexico. Their efforts focus on educating people of the potential of the land they already own in front of their homes, and transforming it into usable and profitable garden beds. 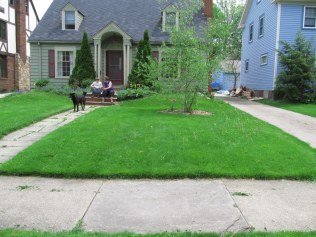 Before the Cleveland Food not Lawns project: http://foodnotlawnsinternational.blogspot.com/search/label/lawns 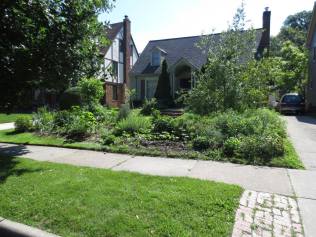 After the Cleveland Food not Lawns project: http://foodnotlawnsinternational.blogspot.com/search/label/lawns

These three groups, along with the rest of the local growing movement have three common values that drive their efforts to make a change. One of these values is spending power. Ron Finley says “growing your own food is like printing your own money.” If you can learn these skills and put them to use, you are in control of where you spend (or make) some of your money. The second is independence from the present food system. You are no longer limited by the options with which you are presented in your current situation, whether that means you can’t access a grocery store or afford the healthier options, or there simply aren’t enough adequate options to begin with. The third is being in control of what you put in your body. Every day, Americans consume astonishing amounts of sugar, up to 76 grams a day. We put harmful chemicals in our bodies through the pesticide residues and processed foods we consume. It can also be difficult to trust a product labeled “Natural,” “no artificial flavors,” or “Low fat,” because they can be misleading and uninformative. When we grow our own food, we know exactly where it comes from and we don’t have to worry about any misleading labels.

In addition to these three indispensable values, the examples of Ron Finley, Pam Warhurst, and Food Not Lawns go beyond community gardens and similar urban farming in one simple way: they function most importantly as “propaganda gardening.” Growing food where the public can experience and interact with the garden every time they walk by creates the type of conversation that can start a revolution. 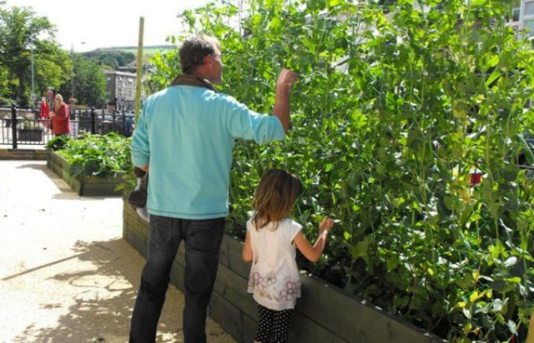 2 Responses to The Up and Coming Culture of Propaganda Gardening