What Are We Wasting?

“This one? Nope. Too soft. That one? Uh oh, that one is bruised. I don’t want to pay for a bruised one…” Many people go through a similar mental tête-à-tête when selecting the perfect avocado, or the most ripe, yet firm tomato. But, do you ever wonder who selects the produce that is not so ideal?  Pondering this question can lead you to discover many things that you may not have known about food waste.

When most people think of food waste, they think of the scraps left over after dinner or mushy, decaying produce at the bottom of the crisper drawer. Every citizen of the developed world plays a part in the 222 million tons of food wasted per year, which, mind you, is dangerously close to the 230 million tons of food that is actually produced yearly in Sub-Saharan Africa. It is positively astounding that the average individual in America produces almost 5 pounds of trash per day, the weight equivalent of a typical full-grown Chihuahua. Although the amount of food being chucked from our refrigerators and plates is on its own fairly shocking, or should be, there is also a significant amount of food that is lost from production, retail, and commercial sources. For example, according to California Watch, 6 million tons of food is “lost” annually during production, retail, and commercial processes in the state. In the US, there is an estimated 96 billion tons of food lost from these sources each year, according to Jeremy Seifert.

In order to put the amount of food wasted into perspective, the issue of world hunger must be examined. The day this piece was composed 17,063 people died from hunger. This saddening reality combined with the fact that over 518 million people in the world are obese demonstrates the huge disconnect between the availability of food and those who are in need of it. A nifty site called Stop the Hunger tracks world hunger along with a number of other variables surrounding food on a minute-by-minute basis. It is fascinating to compare and contrast the variables to get an understanding of the disconnects that exist within our food chain. How can we link them up?

Though food waste is immense, efforts to eliminate hunger and waste on local, national, and global levels are alive and well. In the UK an organization called FareShare works to bridge hunger and food waste. In 2004, they successfully distributed 1800 tons of food surpluses, which would otherwise have ended up in a landfill. In Albuquerque, many businesses strive to eliminate waste, as well as contribute to a healthy community.

In Albuquerque, many grocery stores strive to eliminate waste in their facilities. Whole Foods‘ partnership with Soilutions Composting Facility diverts 97,066 cubic yards of waste from the landfill per month. According to Walter Dods of Soilutions, 2 million pounds of food waste from Whole Foods were composted at their facility in 2011. Smith’s grocers are working to compost produce waste as well. Robin Seydel from La Montanita Coop gave me the 411 on the Coop’s creative approach to composting their bad apples – pun intended – by offering these fixings to farmers for organic chicken feed on a first come first served basis. This saves 1,000 pounds of waste per month from going to the landfill. Nationally, Trader Joe’s donated 25 million pounds of food in 2011. It was a delight to find that so many groceries have realized that food waste is just not sustainable.

The New Mexico Collaboration to End Hunger works with a number of organizations to end hunger in our state. The Albuquerque Center for Peace and Justice has free food programs that rely on donated food to feed the community. According to Julie Anderson at the Roadrunner Food Bank, last year the organization rescued 16.2 million pounds of food for the poor – with 50-60% of it coming from retail or commercial sources. These community groups are working to link up the food and the need, and are successfully filling bellies every day here in our community.

Everyone eats, and wasting food is an activity our world cannot sustain. Individual awareness and action can spread like a wildfire. Every person be an example and show others with their own actions that they value the earth and its fruits. 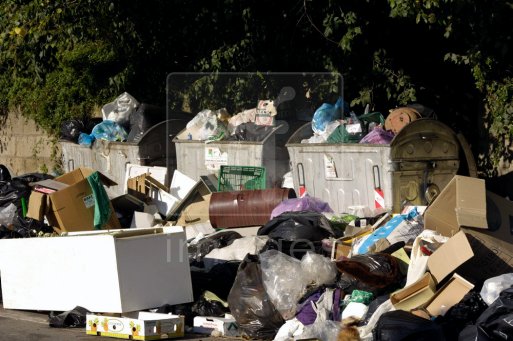 2 Responses to What Are We Wasting?