Mushrooms: Significance and the Local Market

“Humanity’s use of mushrooms extends back to Paleolithic times. Few people-even anthropologists-comprehend how influential mushrooms have been in affecting the course of human evolution. They have played pivotal roles in ancient Greece, India, and Mesoamerica. True to their beguiling nature, fungi have always elicited deep emotional responses: from adulation by those who understand them to outright fear by those who do not.”
—Paul Stamets 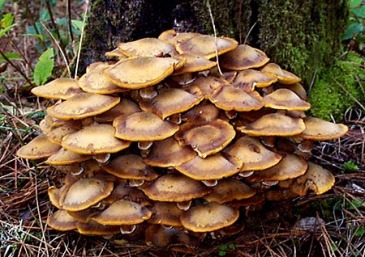 Although much of the history of mushroom use and cultivation is shrouded in mystery, the ecological significance of fungi (and mushrooms in particular) is becoming increasingly better understood. Mushrooms fall into three major categories based on their ecological function: mycorrhizal, saprophytic and parasitic. Mycorrhizal mushrooms form mutually beneficial relationships with the roots of many plants-they provide their host plants with essential nutrients in exchange for carbohydrates from the host plant. Saprophytic mushrooms are otherwise known as decomposers-they secrete enzymes and acids that decompose cellulose and ultimately return nutrients back into the ecosystem for reuse by a variety of other organisms within the ecosystem. Parasitic mushrooms live off of a host plant at the expense of the host plant’s health. All three categories contain species that show a great deal of promise in the following areas:

Permaculture- a theory of ecological design that seeks to develop sustainable human settlements and agricultural systems, by attempting to model them on natural ecosystems.

Mycofiltration- use of mushrooms for the filtration of biological and chemical pathogens as well as controlling erosion.

Mycoforestry and mycogardening- the use of mushrooms for companion cultivation for the benefit and protection of plants.

Mycoremediation- the use of mushrooms for decomposing toxic wastes and pollutants. To learn more about composting, mycoremediation and mycofiltration, check out this intriguing article.

Mycopesticides- the use of mushrooms for attracting and controlling insect populations.

Saprophytic mushrooms also show great potential in the development of 2nd generation biofuels. They naturally synthesize cellulases (enzymes that are capable of breaking down cellulose into simple sugars that can be easily fermented to produce ethanol). Furthermore, all three categories exhibit species that are edible, nutritious and/or have medicinal properties.

Mushrooms are delicious and nutritious (search “mushroom”)! Mushrooms are unanimously considered to be a “healthy food.” Generally, they are a good source of protein and carbohydrates, are low in fat, have no cholesterol and contain an abundance of beneficial vitamins and minerals. Furthermore, some noted medicinal properties of mushrooms include: antibiotic production, anti-tumor/anti-cancer activities, boost of immune system response, ability to lower cholesterol and treatment of nervous system disorders.

Now, with all of the benefits associated with mushrooms, the obvious question becomes: Why not eat more mushrooms?? For one, some people just don’t like the taste of mushrooms. Other possibilities might include lack of marketing and general diet and food trends. I personally have never seen a marketing campaign for mushrooms here in New Mexico. Furthermore, many people might not be aware of the versatility of mushrooms with respect to preparation or possible dishes – a situation that could be easily remedied by Googling “mushroom cookbooks” and noting recipes from stuffed mushrooms to mushroom chili!

In terms of growing more mushrooms, there seems to be no shortage of hobby growers here in New Mexico (just attend a meeting of the New Mexico Mycological Society) but as far as I have seen no local growers have broken into the larger commercial market. The evidence for this conclusion comes from the fact that, when asked where their mushrooms came from, Sunflower Market, Whole Foods, Smiths and Albertsons all said that their mushrooms came from one of two places: Monterey Mushrooms, Inc. (Watsonville, CA) and/or Phillips Mushroom Farms (Kennett Square, PA). This could be due to the numerous difficulties involved in establishing a large scale/commercial mushroom growing facility (generally they require a large initial investment of capital and they are labor/energy intensive). 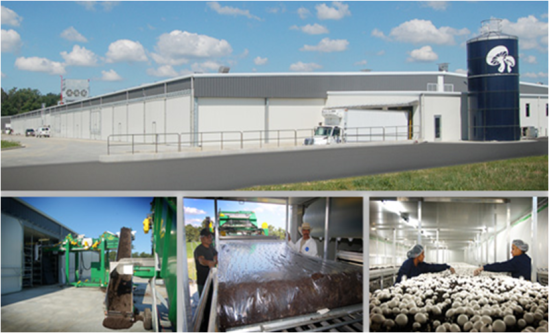 As intimidating as all this may seem, the small scale/hobby mushroom growers here in New Mexico are tenaciously forging ahead. I don’t think it will be too long before we see more of them in growers’ markets and eventually selling their products to the larger grocery stores. At the moment, however, Exotic Edibles of Edgewood sells oyster mushrooms and their paté through La Montanita Co-op, and Skarsgard Farms sells oyster mushrooms through their CSA. Furthermore, they will both be attending the Lobo Growers’ Market – be sure to look for them on April 19th!

Anyone who is seriously interested in growing mushrooms or learning more about the intriguing world of mushrooms should visit the Mushroom Council, the American Mushroom Institute, and consider buying one or all of the following books by Paul Stamets: The Mushroom Cultivator, Growing Gourmet and Medicinal Mushrooms, and Mycelium Running.

This entry was posted in Uncategorized and tagged mushroom. Bookmark the permalink.